Christians today know about the Exodus and how Moses lead the Israelites from the yolk of Egypt through the threat of the Wilderness and eventually settle down to the promised land, Canaan (with Joshua in command).

The Israelites were the descendant of Abraham to whom God promised to be the father of a great nation. But the question is, how did the Israelites ended up in the land of Egypt? What the Exodus has to do with Laban out of all people?

Let us find out more about the traces and footprints of this historical figures back in roots of the Exodus.

Isaac was the father of Abraham and Sarah. Isaac was old enough to get married, so his parents sent their servant to find him a wife within their relatives (Paddan Aram) far from home (Ur in Mesopotamia). He stumbled upon Rebekah, sister of Laban the Aramean.

The servant asked the guidance of the Lord to help him find his master a wife and all the signs pointed back to Rebekah. After showing her and her family what his master can offer, the woman finally agreed to come back with the servant to the house of this Isaac man.

The ravenous eyes of Laban can also be traced back even before he tricked Jacob, his nephew, into squeezing more years of labor from him. (Genesis 24:28-31)

Isaac and Rebekag married and she conceived.

That same Isaac and Rebekah had twin brothers cooking inside her belly. The Almighty found a way to communicate with Rebekah about her having two different nations fighting inside her.

So when the time has arrived to give birth, out came the first son and he was red and hairy. Later, with his hands wrapped around the knuckles of the firstborn’s heel was smooth. The first was named Esau and the second was Jacob.

Growing up, they were different. Isaac favored his son Esau more and Rebekah loved her youngest Jacob more than the oldest. It was the start of the family feud everybody is talking about that caused a great impact on the history of the Bible.

Jacob has tricked his father by switching identities with his brother to acquire the blessing that was meant for his senior brother Esau. Rebekah asked her son to flee to his uncle Laban’s house to take shelter and find himself a non-Canaanite woman.

see also “The Schemes of Laban”

Jacob worked fourteen years of labor for uncle Laban to get himself Rachel for a wife. See, here is the juicy part. Laban tricked Jacob into marrying another woman before actually getting what he wanted. And when they bore their children from Jacob, Leah was the first to give him one.

Joseph and his brothers.

If uncle Laban did not intervene and make the princess switch between her two daughters, Rachel would be the only wife he had. (or not, who knows)

But, nonetheless, there wouldn’t have been any conflict between the brothers about Joseph being the favorite of their father Jacob.

The envy and anger of his brothers wouldn’t have been necessary for he would have had the privilege of the firstborn and would rightfully get the birthright. And there wouldn’t be any redemption happening in the Bible right now wouldn’t it?

So in the story of Joseph, he was thrown into a pit by his brothers and was spotted by the Egyptians to whom they sold this poor soul.

After years of walking with the word of God, Joseph dealt with temptation, he survived prison (with acquired friends) and became a dependable man that caused him become second in command in the land of Egypt.

By interpreting the dream of the Pharaoh, king of Egypt, he took action into leading the men of Egypt to sow and harvest in a span of seven years for it will come another seven years without fertility of the land.

There he met his brothers and tested them about their loyalty to each other to which they have succeeded. Joseph then introduced himself to his family.

Moses and the Israelites.

In the tribe of Judah came this little boy called Moses who later become the leader of the Israelites and brought the Exodus in action.

see also “The Flaws of Aaron”

The Actions of Mordecai

Wed Feb 17 , 2021
Esther is one of the most promising woman ever told in the book of Old Testament. But she wouldn't have been that important without someone backing her up to achieve what she had. Mordecai was faithful to his God and that is why Esther followed his footsteps and the duo made a huge impact in the history of their people up to this generation. 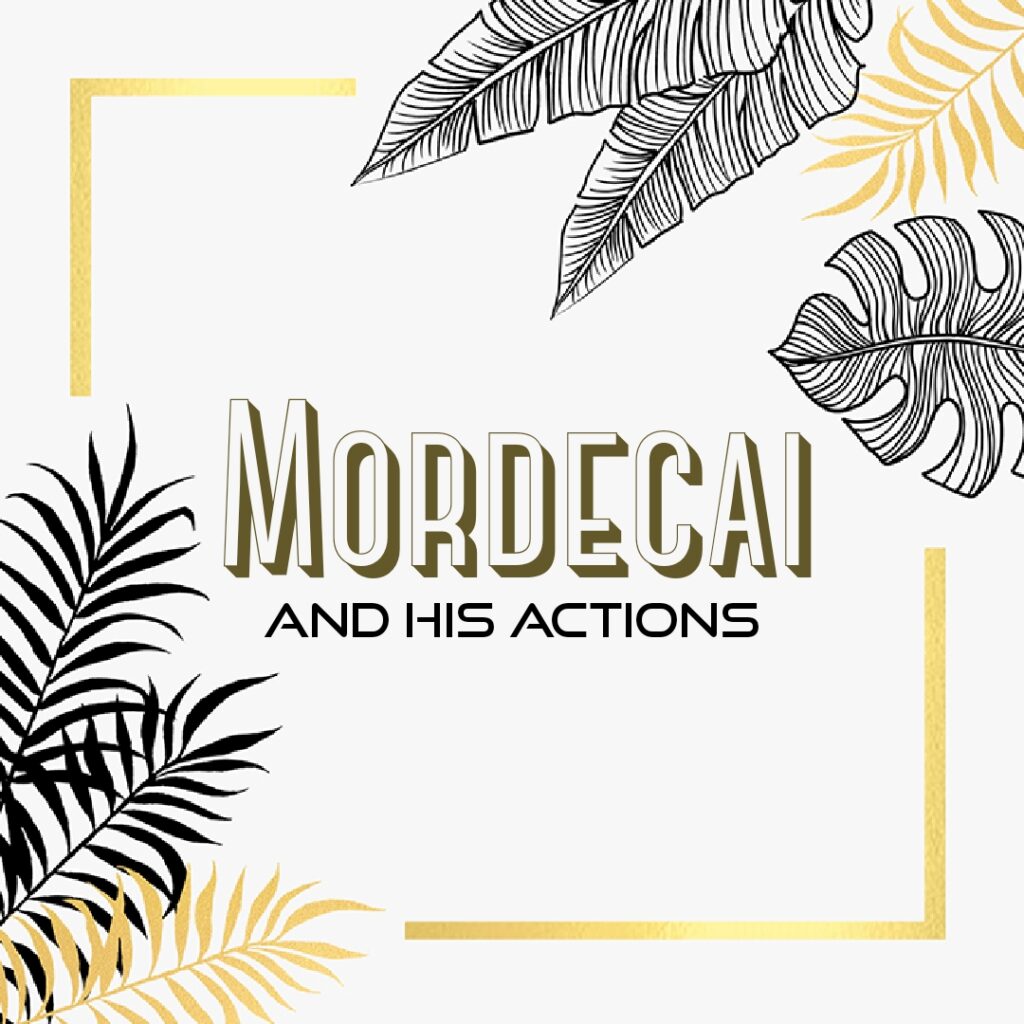