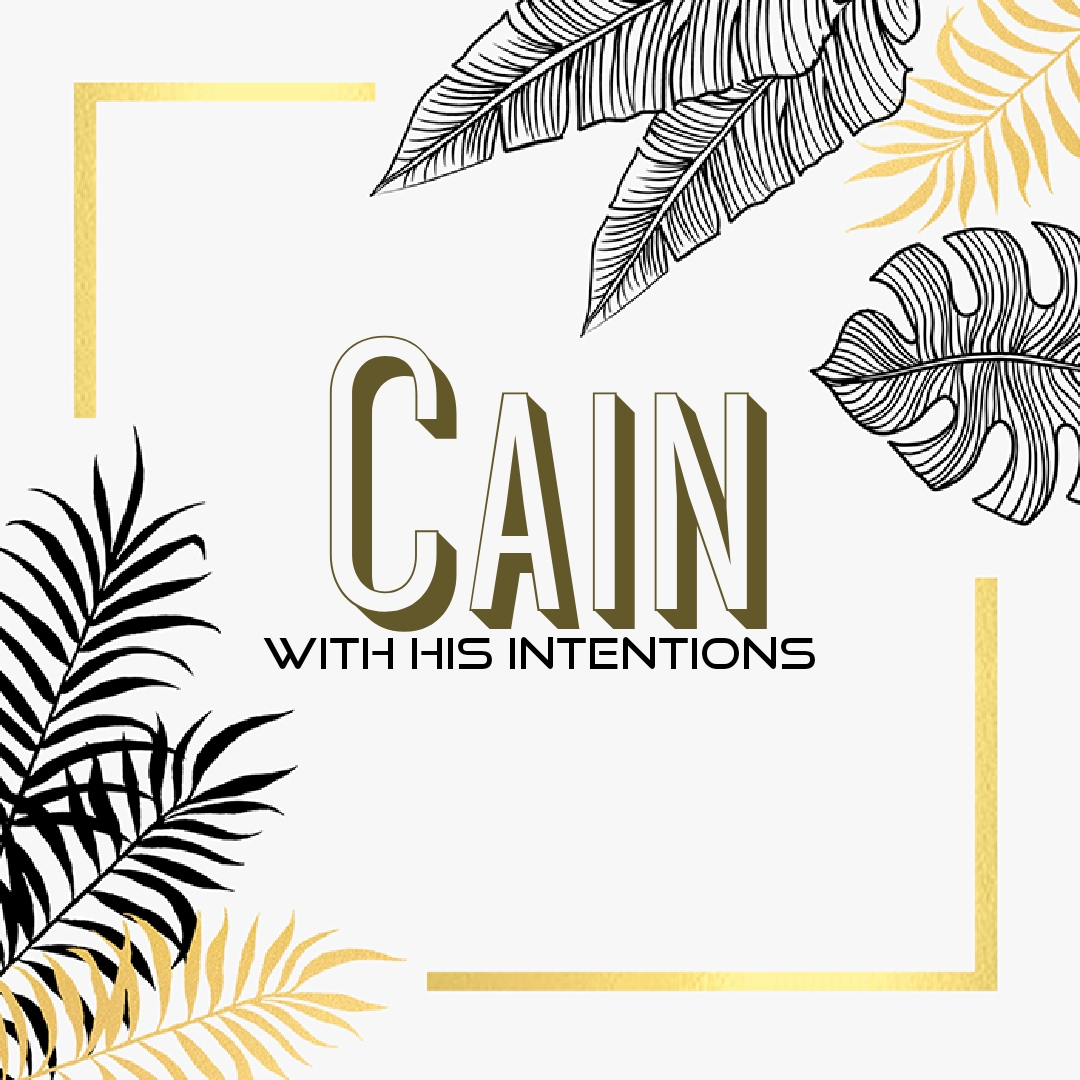 When someone talks about Cain in the bible, they tend to talk about his jealousy towards his brother Abel, that lead to killing his own blood. But what deeper meaning is hidden from this story of envy in the arc of Genesis? Is there a connection about what this young man’s feelings towards his brother reflect on our own battles?

Let us find out how Cain is People Just Like You.

As the short story of Cain and Abel was told in the Bible, they were brothers that made a sacrifice for the Lord. Cain, the oldest, worked the soil. Abel, his brother, kept the flocks. The firstborn offered some of the fruits of the soil while the younger brother got fat portions from some of the firstborn of his flock as an offering to the Lord. After each one laid their own offerings, the Lord looked with favour on Abel and his offering, but not on Cain and his offering. He was very angry and his face was downcast. The Lord warned him about his feelings. But Cain was determined. He asked his younger brother to go with him to the field and Cain attacked and killed Abel.

The Bible tells the story of Cain as a reminder of how sin from Adam and Eve passed down from generation to generation. It was already in their blood, and their firstborn has shared its consequences.

But what were the intentions of Cain that steered his boat into taking his own flesh and blood into his tragic demise?

“Just so he had an offering”

Adam made love to his wife Eve and conceived a child and they named him Cain. And later she gave birth to his brother Abel. They grew up and helped their parents to work the ground from which Adam was taken.

According to the Scriptures, Abel offered the best part: fat portions of the firstborn of his flocks (the most expensive parts) as an offering for the Lord. So this means he gave the most valuable, sellable, and delicious parts for the Lord. Cain, on the other hand, did not bother to select the best offer for God. He gave leftovers and his brother gave his very finest.

“To eliminate his enemy”

He was furious with God and got jealous of Abel. Cain thought of him as an adversary. Though he was a good son, his intention fired him to make decisions he should have not done.

6 Then the Lord said to Cain, “Why are you angry? Why is your face downcast? 7 If you do what is right, will you not be accepted? But if you do not do what is right, sin is crouching at your door; it desires to have you, but you must rule over it.”

He was warned to control his anger and not let sin overcome his emotions. The Lord already talked to him, telling him to ponder about his intentions but he still brushed it off and proceeded to his plan.

Cain made a decision that changed his life forever. Though cautioned, he still asked Abel to go with him in the fields. He was envious towards his brother and the only way to peace his mind was to eliminate the cause. Then the first murder in the Bible took place with a brother’s hand.

“Keep his dark secret to himself”

The Lord confronted Cain into telling Him the truth about his brother.

He wanted to hide the truth from the Lord. Cain clearly didn’t know who he was dealing with and had tempted to run from Him. But little did he know, God watches every move and every motive of every man ever lived. Nothing is hidden from the Lord.

The Mark of Cain

Cain was cursed for what he has done.

He murdered his brother Abel and he was worried about his sentence more than what he had committed. Cain told the Lord that his punishment was more than what he can bear. While he wanders the earth, one might find him and kill him.

But the Lord said to him,

“Not so; anyone who kills Cain will suffer vengeance seven times over.” Then the Lord put a mark on Cain so that no one who found him would kill him.

And so Cain went out of the presence of the Lord and lived in the land of Nod, East of Eden.

We Reflect on Cain because:

Jelousy rules over us.

When emotion overcomes peace of mind, we can be destructive and uncontrollable. We commit sin to cover another until everything falls apart. Just as Cain, we are blinded by the anger caused by jealousy and we sometimes fall for it.

It is better to consult the Lord for every emotion we have.

It is easy to sin.

In every circumstance, we have a choice: follow God or follow the world. Sin was already introduced in the time of Adan and Eve. We are all descendants of the first creations and the passed curse. The way to heaven is only by accepting we are sinners, give Jesus a chance to deliver us from evil, and walking with Jesus through his appointed path.

We offer less of what God deserves.

Whether we admit it or not, our time is dedicated to our own life plans. We are more concerned about what the world can offer rather than what God has in store for us. He deserves more than our time and efforts.

Cain did not offer God his best. He did not listen to God’s warning. If we just hear His words, we would be more encouraged to return more of what He has given us.

Ignorance is not an excuse to commit sin.

The bible tells us to have faith in Him by hearing his Scriptures.

17 So then faith comes by hearing, and hearing by the word of God.

God is looking in our Hearts.

Before offering something to the Lord, we must have good intentions. God sees what is inside our hearts. He can spot anything hidden in the eyes of men.

“I the Lord search the heart and test the mind, to give every man according to his ways, according to the fruit of his deeds.”

Abandon your problems before worshipping God.

One way to discipline is through punishment.

God always give us signs, warnings, cautions and second chances. But He does not tolerate abuse. If we do not listen to Him, the Lord will make His way to discipline us in ways that can break us to pieces and still make us whole again.

Faith is the Best Offering to God.

And without faith, it is impossible to please God, because anyone who comes to him must believe that he exists and that he rewards those who earnestly seek him.

Our intentions matter. Because God sees the intentions and judges the deeds. We must offer what is best for the Lord because He deserves it and all the glory and honour we can offer.

Fri Jan 15 , 2021
In the Bible, it is a known fact that Jacob and Esau were twins, but did you know that Cain and Abel might also be twin brothers?