Purim (from the word “pur” that means lot in the book of Esther) is a Jewish holiday that commemorates the deliverance of the Jewish people from Haman son of Hammedatha, the Agagite, who was planning to annihilate all the Jews.

Haman was the highest official of the Persian Empire honored by king Xerxes in at that time, so he planned to kill all the Jews in the realm. Both Mordecai and Esther, his cousin, seized the plan of Haman and the deliverance of the Jewish people became a day of celebration and remembrance.

Based on the Hebrew calendar, Purim is celebrated annually on the 14th day of the Hebrew month of Adar (and it is celebrated on Adar II in Hebrew leap years which occur every two to three years), the day following the victory of the Jews over their enemies.

In cities that were protected by a surrounding wall at the time of Joshua, Purim was celebrated on the 15th of the month of Adar on what is known as Shushan Purim, since fighting in the walled city of Shushan continued through the 14th day of Adar. Today, only Jerusalem and a few other cities celebrate Purim on the 15th of Adar. (Purim – Wikipedia)

Read about the establishment of Purim from the Scripture – Esther 9:20-32

20 Mordecai recorded these events, and he sent letters to all the Jews throughout the provinces of King Xerxes, near and far, 21 to have them celebrate annually the fourteenth and fifteenth days of the month of Adar 22 as the time when the Jews got relief from their enemies, and as the month when their sorrow was turned into joy and their mourning into a day of celebration. He wrote them to observe the days as days of feasting and joy and giving presents of food to one another and gifts to the poor.

23 So the Jews agreed to continue the celebration they had begun, doing what Mordecai had written to them. 24 For Haman son of Hammedatha, the Agagite, the enemy of all the Jews, had plotted against the Jews to destroy them and had cast the pur (that is, the lot) for their ruin and destruction. 25 But when the plot came to the king’s attention,[a] he issued written orders that the evil scheme Haman had devised against the Jews should come back onto his own head, and that he and his sons should be impaled on poles. 26 (Therefore these days were called Purim, from the word pur.) Because of everything written in this letter and because of what they had seen and what had happened to them, 27 the Jews took it on themselves to establish the custom that they and their descendants and all who join them should without fail observe these two days every year, in the way prescribed and at the time appointed. 28 These days should be remembered and observed in every generation by every family, and in every province and in every city. And these days of Purim should never fail to be celebrated by the Jews—nor should the memory of these days die out among their descendants.

29 So Queen Esther, daughter of Abihail, along with Mordecai the Jew, wrote with full authority to confirm this second letter concerning Purim. 30 And Mordecai sent letters to all the Jews in the 127 provinces of Xerxes’ kingdom—words of goodwill and assurance— 31 to establish these days of Purim at their designated times, as Mordecai the Jew and Queen Esther had decreed for them, and as they had established for themselves and their descendants in regard to their times of fasting and lamentation. 32 Esther’s decree confirmed these regulations about Purim, and it was written down in the records.

The Silence of Bathsheba

Wed Mar 10 , 2021
David had done all things right in the eyes of the Lord except for the time when he met one specific woman. But who is she in the life of David, what is she famous for, and why now? Let us find out how Bathsheba is People Just Like You. 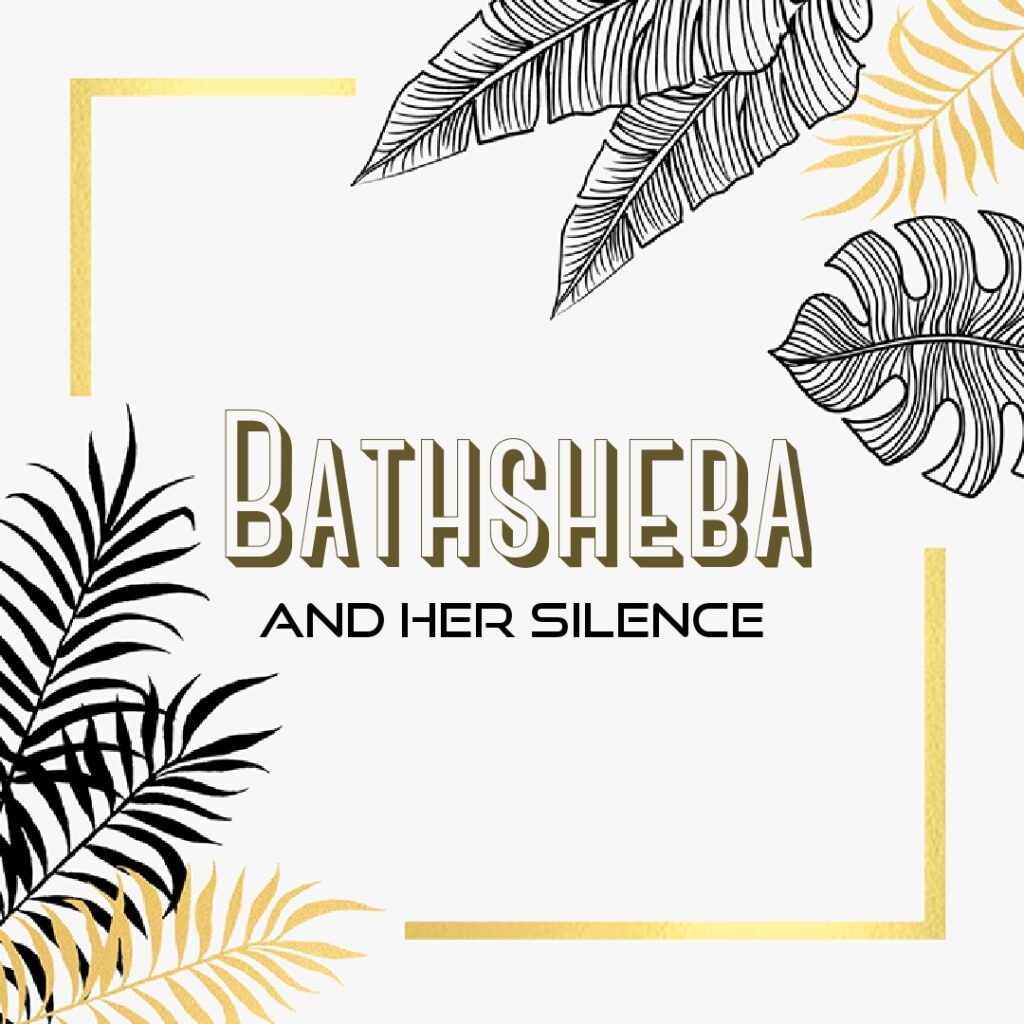