The life of Hosea and Gomer had been a diverse or rather weird love-story in the Bible because of how God “commanded” Hosea to marry a promiscuous woman (harlot, whore, prostitute) just to prove His point about how He accepts the Israelites despite their prostitution to other gods.

Yet, the scriptures tell us about the hatred God had with Gomer’s offspring because they were made from the one thing He hates the most: cheating.

4 I will not show my love to her children,
because they are the children of adultery.

The one that was being punished was the northern kingdom of Israel. God favors the southern kingdom of Judah more because of their loyalty and He told Hosea that God will not lay a hand on them.

Children of Hosea and Gomer:

The first child was a son named Jezreel.

“I will soon punish the house of Jehu for the massacre at Jezreel, and I will put an end to the kingdom of Israel. In that day I will break Israel’s bow in the Valley of Jezreel.”

The bow is a symbol of power. Jehu was the former commander in the army of Ahab before becoming the king of northern Israel. The Valley of Jezreel is where the battlefield of Palestine occurred. It was the place where Jehu had sinned.

“Now all the Midianites, Amalekites and other eastern peoples joined forces and crossed over the Jordan and camped in the Valley of Jezreel.” (Judges 6:33)

The Second child was a daughter named Lo-Ruhamah.

“I will no longer show love to Israel, that I should at all forgive them.”

Yet I will show love to Judah; and I will save them—not by bow, sword or battle, or by horses and horsemen, but I, the Lord their God, will save them.”

The Third child was another son named Lo-Ammi.

It means “not my people”

“you are not my people, and I am not your God.“

“Yet the Israelites will be like the sand on the seashore, which cannot be measured or counted. In the place where it was said to them, ‘You are not my people,’ they will be called ‘children of the living God.’ The people of Judah and the people of Israel will come together; they will appoint one leader and will come up out of the land, for great will be the day of Jezreel.

But with God’s own words, Hosea prophesied that in the future, God will strip out every ounce of Gomer’s guilt (also relating to the Israelites).

When the people of Israel and Judah will come back to their senses, the Lord will respond to their cries.

The Traits of Hadassah

Wed Mar 3 , 2021
This is the story of a girl named Hadassah who lost both her parents at a very young age. She did not have a mother-figure who can teach her how to act like a fine young woman. But thanks to her cousin, who adopted her and took her as his own daughter, Hadassah had a little father-figure that taught her the ways of God throughout her childhood. And this young innocent girl became a great woman of character. Let us find out how Hadassah is People Just Like You. 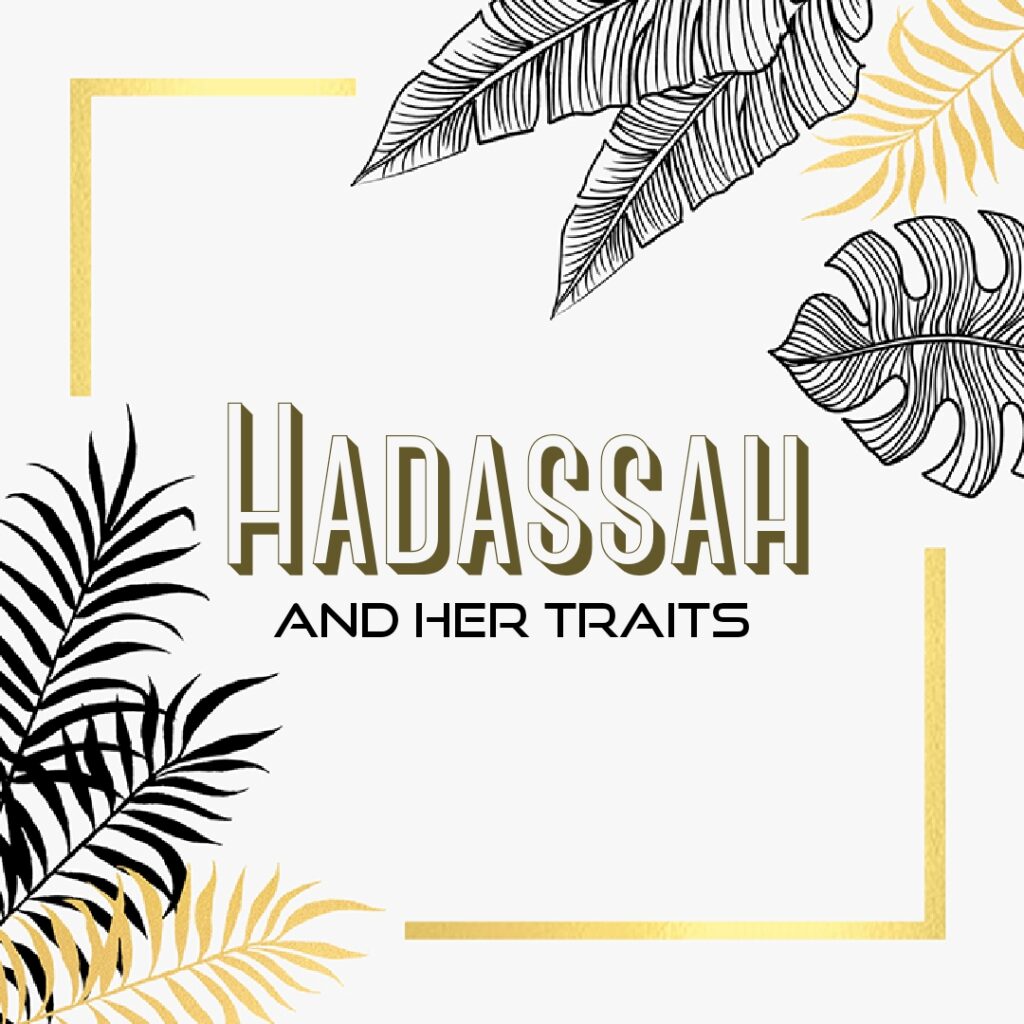