According to the Bible, the Moabites didn’t help the Israelites when they came out of Egypt. They opposed the Israelite invasion of Canaan. As a consequence, the law excluded any descendant of a Moabite to join Israel, down to the tenth generation. If they couldn’t even join the community, how could one of them serve as a king?

3 No Ammonite or Moabite or any of their descendants may enter the assembly of the Lord, not even in the tenth generation. 4 For they did not come to meet you with bread and water on your way when you came out of Egypt, and they hired Balaam son of Beor from Pethor in Aram Naharaim to pronounce a curse on you.

The book of Ruth ends with a ten-generation genealogy preceding to David. So the form of the book reflects its purpose, which is to show that true faith is present in a woman from a nation whose descendants were usually excluded for ten generations.

The term “tenth generation” is considered an idiom, used for an unlimited time, as opposed to the third generation, allowing an Egyptian convert to marry into the community. The Talmud (Hebrew term meaning “study” or “learning”) states that the prohibition applies only to Moabite men, who were not allowed to marry born Jews or legitimate converts. Moabite women, when converted to Judaism, were allowed to marry with only the normal prohibition of a convert marrying a kohen (priest) applying.

So in Ruth’s story, she adopted the God of Naomi, her Israelite mother-in-law. She also decided to go back with Naomi’s people after they’ve both lost their husbands.

“Don’t urge me to leave you or to turn back from you. Where you go I will go, and where you stay I will stay. Your people will be my people and your God my God.”

She was converted when she has pledged loyalty to Naomi and her God. Thus the marriage of Ruth and Boaz was already legal for the Law of God.

The Flaws of Aaron

Wed Jan 27 , 2021
Aaron is a Levite anointed by God Himself to be the first High Priest and serve for the Tabernacle of God along with his descendants. He has positive attributes that made God choose him and his people to be His workers. But this great man was not all that perfect. Let us find out how Aaron is People Just Like You. 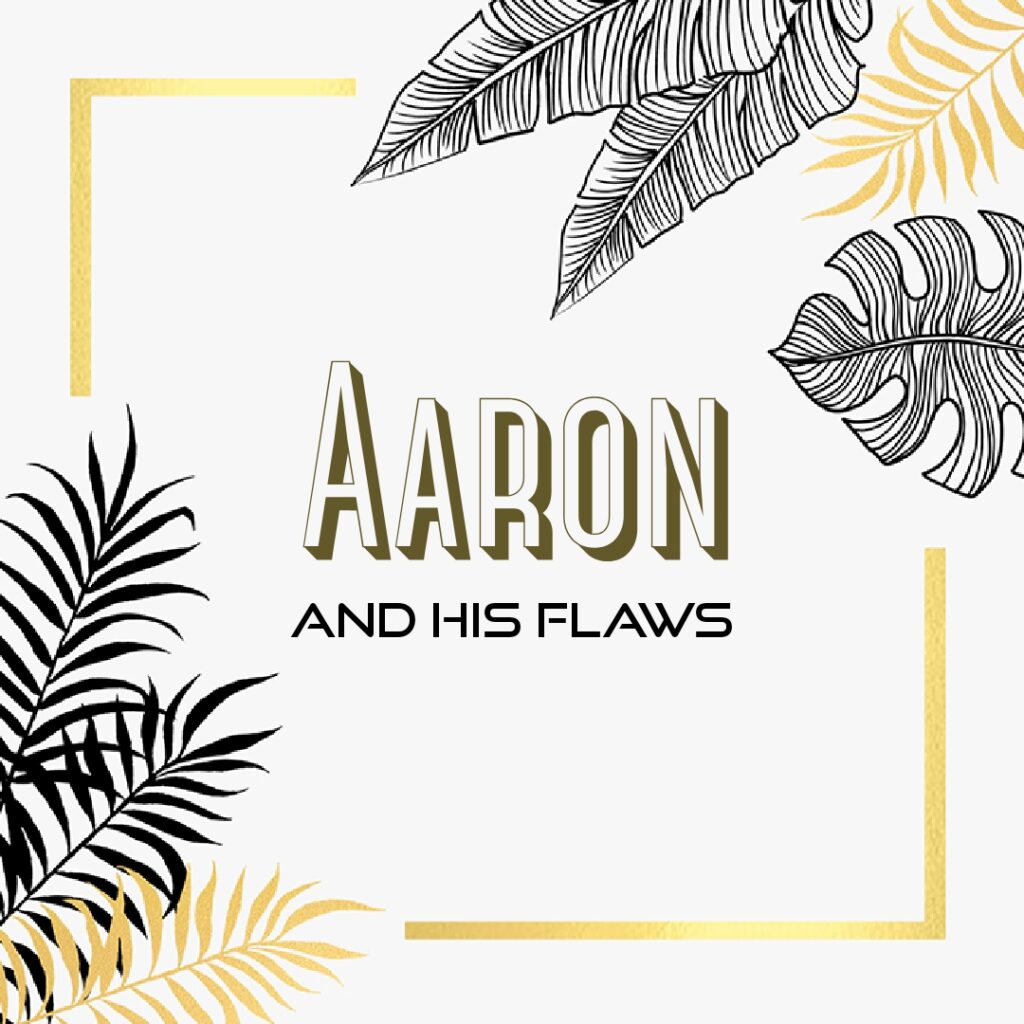