In the book of Esther, God was not mentioned. Not even once. But there are snippets of scenes that mirrored one of the hurtful experience of Jesus Christ with the character of Esther.

Esther told Mordecai that if she perish, she perish. She accepted her faith for the people she will save from annihilation.

This happened when Mordecai told queen Esther about the plot of Haman, the enemy of the Jews, that he will extinguish all of their people. Queen Esther was not convinced to go in the presence of the king because it was written that anyone who go there without being summoned will be put to death.

When Esther’s words were reported to Mordecai, he sent back this answer: “Do not think that because you are in the king’s house you alone of all the Jews will escape. For if you remain silent at this time, relief and deliverance for the Jews will arise from another place, but you and your father’s family will perish. And who knows but that you have come to your royal position for such a time as this?”

Then Esther sent this reply to Mordecai: “Go, gather together all the Jews who are in Susa, and fast for me. Do not eat or drink for three days, night or day. I and my attendants will fast as you do. When this is done, I will go to the king, even though it is against the law. And if I perish, I perish.”

So Mordecai went away and carried out all of Esther’s instructions.

Then in the story of Jesus from the New Testament, He did not hesitate to come with his pursuers because He already know his fate. God has already put on Jesus’ heart His great destiny. And He knows about the prophecies of His forefathers who spoke to God Themselves.

This happened when Judas, one of the trusted twelve disciples, agreed to betray Jesus. The twelve and Jesus Christ had their last supper. Christ prophecied the future and they all happened.

In the land of Gethsemane, Jesus prayed three times and when He was finished, He returned to the disciples and said to them, “Are you still sleeping and resting? Look, the hour has come, and the Son of Man is delivered into the hands of sinners.
Matthew 26:45

While he was still speaking, Judas, one of the Twelve, arrived. With him was a large crowd armed with swords and clubs, sent from the chief priests and the elders of the people.

Now the betrayer had arranged a signal with them: “The one I kiss is the man; arrest him.”

Going at once to Jesus, Judas said, “Greetings, Rabbi!” and kissed him. Jesus replied, “Do what you came for, friend.”

Then the men stepped forward, seized Jesus and arrested him. With that, one of Jesus’ companions reached for his sword, drew it out and struck the servant of the high priest, cutting off his ear.

“Put your sword back in its place,” Jesus said to him, “for all who draw the sword will die by the sword.

Do you think I cannot call on my Father, and he will at once put at my disposal more than twelve legions of angels? But how then would the Scriptures be fulfilled that say it must happen in this way?”

In that hour Jesus said to the crowd, “Am I leading a rebellion, that you have come out with swords and clubs to capture me? Every day I sat in the temple courts teaching, and you did not arrest me.

But this has all taken place that the writings of the prophets might be fulfilled.” Then all the disciples deserted him and fled.

The Guilt of Gomer (wife of Hosea)

Wed Feb 24 , 2021
The story started with Hosea, one of the minor prophets, married a harlot named Gomer, exactly as God has commanded. It may be unusual for the Lord to ask something this bizarre but there was a deeper meaning behind this perfectly imperfect love story. And in this episode, we are about to discover what it is. Let us find out how Gomer is People Just Like You. 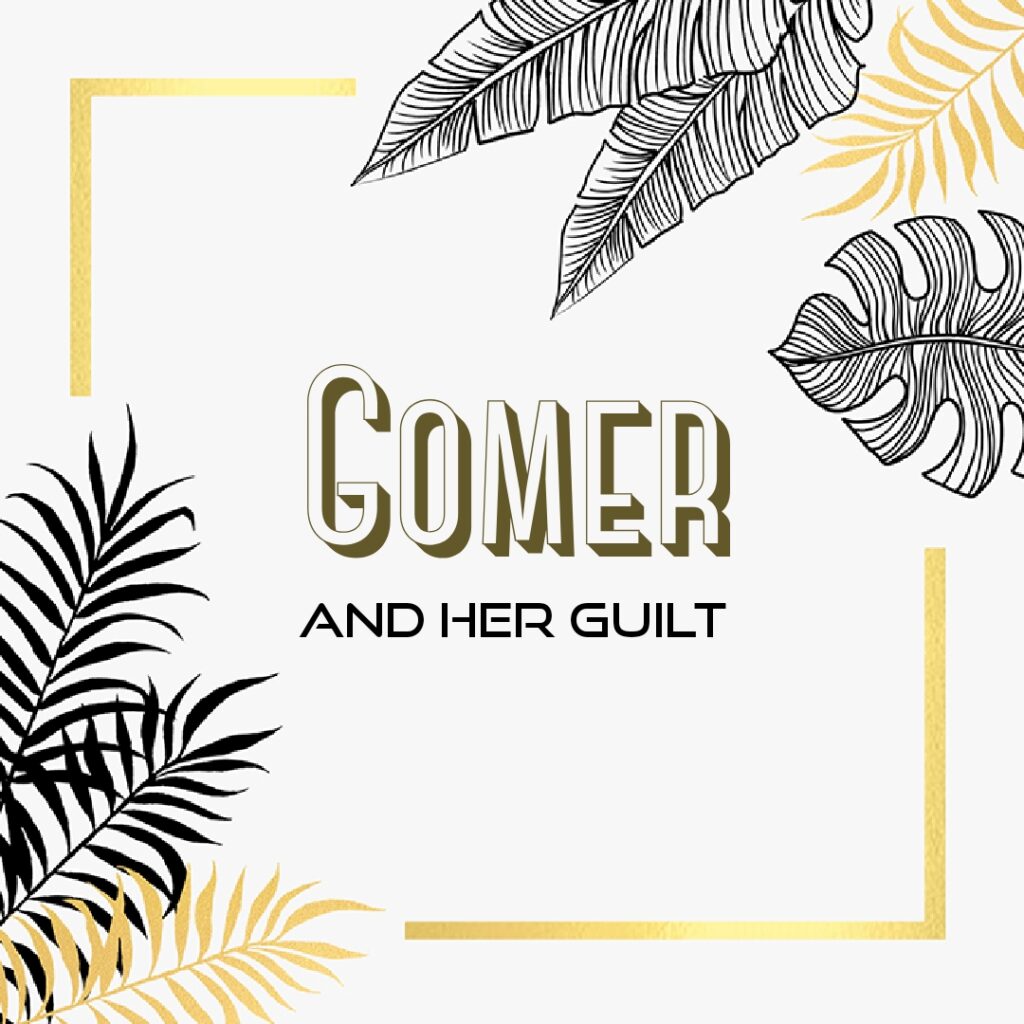